Margaret Tyler sits amongst her collection of royal memorabilia in her home in north London, Britain, 26 March 2018. Margaret Tyler, 74 styles herself as “Britain’s most loyalist Royalist”. In her Wembley house she has collected thousands of items about Britain’s Royal family. She began collecting 40 years ago and her collection has encompasses four rooms and a bedroom full of memorabilia. Dusting is a big part of her life: as as soon as she finishes she has to start over again.
She says: “It’s a labour of love, looking after my collection. I don’t go on holiday, I don’t smoke, I don’t drink. I spend all my time and money on my collection and I love it and I love sharing it with people.”
"I like a lot about the royal family. I think her majesty is marvellous we have been so lucky. She is the mother of the world because our royal family is the best in the world"
"Meghan and Harry make a lovely couple, they’re very much in love. They will be a breath of fresh air in the royal family. Meghan will be an amazing addition to the royal family - she is very good as a speaker. She has been brought up in Hollywood and knows her own mind. She’s a sparkling girl and together they will practically rule the word!" 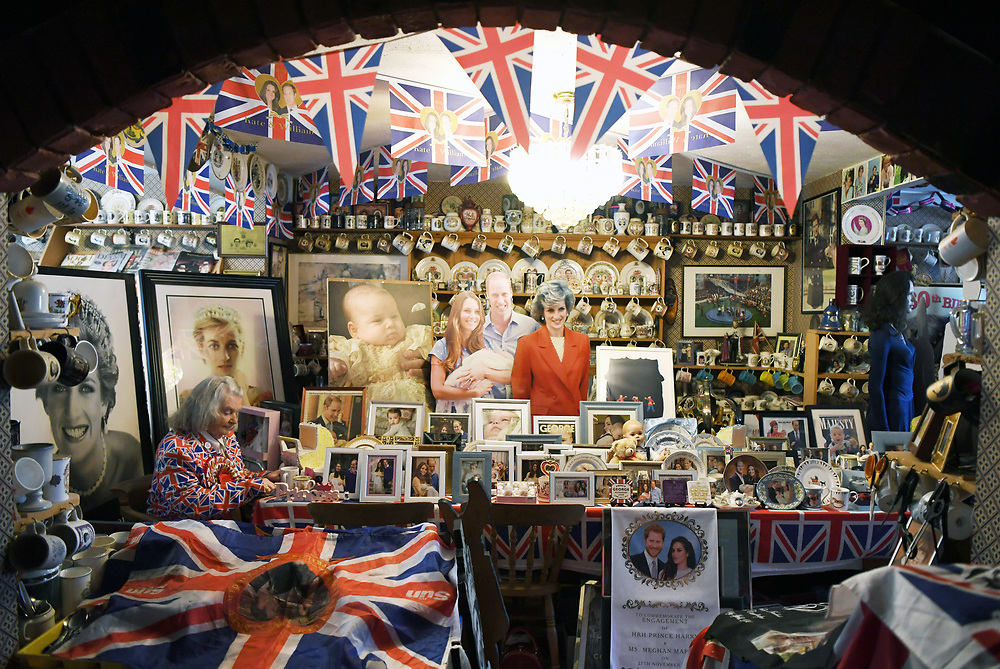