Wig and Make-up supervisor Judith Abegg adjusts wigs before a performance of the Barber of Seville at the English National Opera in London, Britain, 30 October 2017. English National Opera (ENO) is an opera company based in London. It is one of the two principal opera companies in London. English National Opera traces its roots back to 1931 when Lilian Baylis established the Sadler’s Wells Opera Company at the newly re-opened the Sadler’s Wells Theatre. Baylis had been presenting opera concerts and theatre in London since 1898 and was passionate about providing audiences with the best theatre and opera at affordable prices. ENO became the first British opera company to tour the United States, and the first major foreign opera company to tour what was then the Soviet Union.EPA-EFE/NEIL HALL 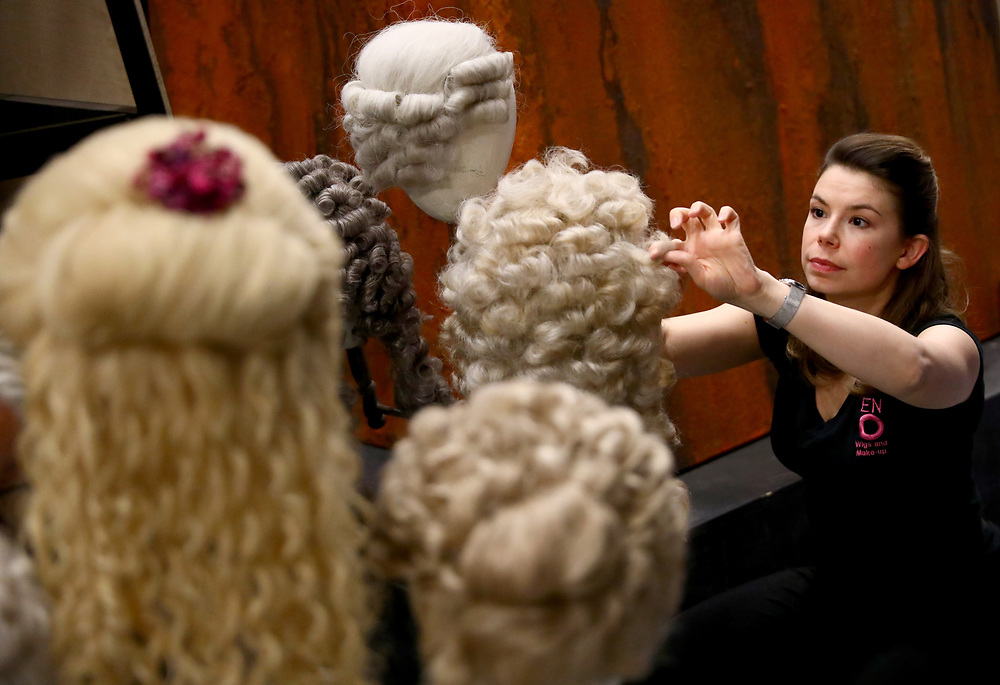