Pupils attend a classics class at Rugby School in central England, March 18, 2015. The public school, founded in 1567 was amongst the first "Public" schools in England. The school is known as the home of rugby. Local legend states that in 1823 pupil William Webb Ellis first ran with the ball inventing the game of rugby football which took its name from the school. In 2015 20 countries will compete in the Rugby World Cup which is hosted by England REUTERS/Neil Hall 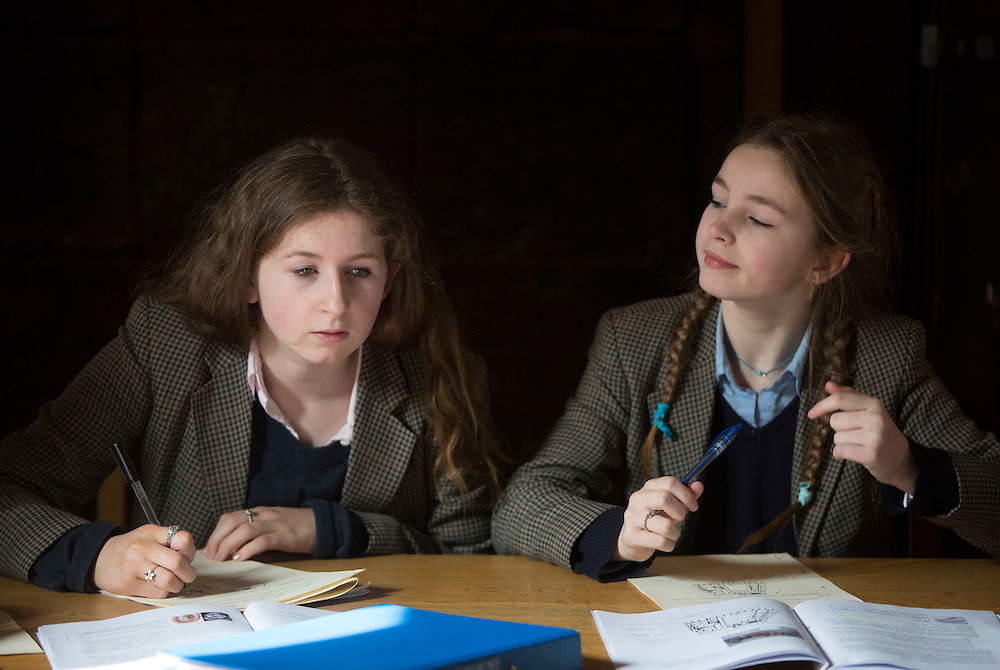